Here I am with Mr. Ralph Bubba Miller, owner and founder of Bubba's BBQ in Huntersville NC. Mr. Miller told me that he left the banking industry 27 years ago to start Bubba's. When Ralph found I was a Yankee, he teased for over an hour. The first item of discussion was the Grit Tree , ( Gritivus Maxiimus ) , commonly found on grit plantations in the south. After that bit of folk lore, I knew what to expect from this living ledgend. Bubba's secret, as told to me, is his Eastern NC BBQ symphony of flavor. We start with the choicest grade of pork and slow cook it for over 18 hours with hickory wood. I thought his adult menu is fantastic, for the children's menu,Bubba was raised where meals for kids come in two choices: take it or leave it. 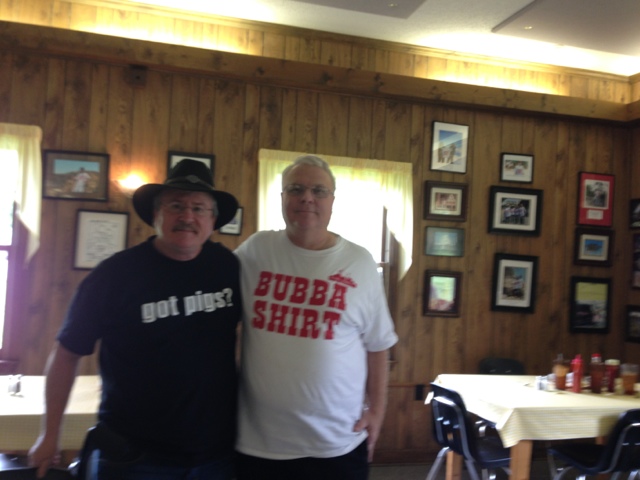